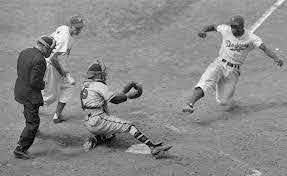 In this article, we continue to share major events about history as well origins of baseball. As referred before, baseball is a national team sport in the USA which is close with series of historical events in growth of sport and society. Therefore, all the local respect and love this sport.

In the former article, we introduce several periods to start baseball then the reason why rules and the first match was launched in the USA. Now, we guided the next events in baseball growth: how to move baseball from an amateur game into a professional game. It was a long process to change and adjust as followings.

In 1857, the national association of baseball player was established by representatives of 16 top teams in New York. Then they decided to organize the first championship about baseball which allowed all clubs in the USA to register.

To compete with stronger teams, some clubs employed talented players so that they owned good players. Some players were paid salary to join the season whereas someone was still amateur.

In 1870 season, there was one conflict among teams, so the national association of baseball player was split into two groups: one amateur league and one group remained the name of association. Two groups organized their professional tournaments and didn’t break the right each other.

Although the rules had some differences between two groups, they had the same one rule about racism. Only white players were the right to join the professional leagues. This rule was strict to limit some talented players from the Africa.

Until 1947, one black player- Jackie Robinson became the first African- American person to join the tournament and be accepted. Because his talent was so powerful, he brought series of achievements for his team.